Written by Boris Burkov who lives in Moscow, Russia, loves to take part in development of cutting-edge technologies, reflects on how the world works and admires the giants of the past.

I've been procrastinating over my blog for almost a year. Initially I wrote it in Angular in early 2017 and re-wrote everything in React in the last couple of weeks. At last, following Github's "ship early - ship often" motto, I shipped it today. Probably the most challenging aspect of the whole work was to make Github pages play nice with React SPA - I'll tell you how in this post.

My blog makes use of a pretty minimalistic toolchain by modern standards:

Project needs to be served in 2 environments. In development it needs to be rebuilt upon every change (or, to be precise, each part of it that ) and served from local machine with WebpackDevServer. In production it is served with with Github pages web server. 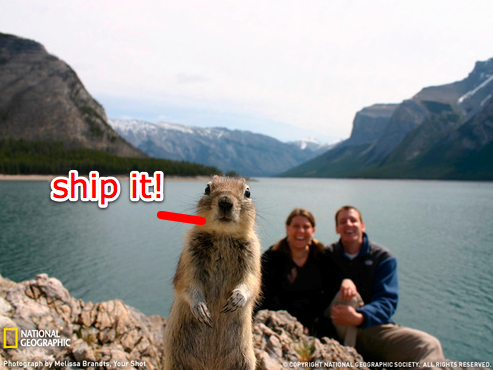 How to serve index.html not from project root, but from /dist or /build folder?

My webpack setup works as follows: all the source files are located in /src folder, while files generated from them go to /dist. Those initially included /dist/index.html, generated from a template in /src/index.html by HtmlWebpackPlugin.

Thing is, Github pages won't serve index.html from subdirectory and there's no way to customize its location for per-user or per-organisation sites (although, per-repository sites can serve files from /docs folder). Also project github pages can serve files from branches other than master, e.g. gh-pages branch, but again this is not an option for per-user or per-organiation sites.

Thus my first solution was to create a proxy /index.html file in root folder of repository that redirected to /dist/index.html

Hence, in production I configured HtmlWebpackPlugin to put the built index.html into the root folder instead of /dist, but that required additional tweaks of WebpackDevServer, which expected it in dist. Thus I had to create a conditional build and set configuration variables in webpack. 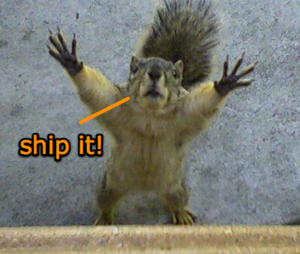 How to run different webpack configurations for production and development?

Webpack 2 can consume environment variables from command line, in the form of arguments --env.variable. I use them to conditionally switch some webpack configuration settings in production/development in npm scripts.

Ok, this still doesn't solve the problem of direct links. I found a brilliant solution on Github by Rafael Pedicini.

It works as follows: when you request some url of your SPA, which doesn't correspond to any file in your repository, Github server returns 404 error.

Here's the catch: you can customize your 404.html page! So, you create a custom 404 error with a script. That script parses url that you passed, transforms path components into URL params (aka GET params) and redirects to index.html. For instance, https://BurkovBA.github.io/blog?category=programming is transformed into https://BurkovBA.github.io?p=blog&category=programming. index.html parses this path p parameter back into a proper URL and initializes React SPA.

Written by Boris Burkov who lives in Moscow, Russia, loves to take part in development of cutting-edge technologies, reflects on how the world works and admires the giants of the past. You can follow me in Telegram